First winter for a while actually. For the last few years I’ve done a good job of escaping to the southern hemisphere over the UK winter for the majority of January. I don’t like the cold, you see, and January is pretty grim in the UK and never-bloody-ending.

Imagine my DELIGHT to end up moving to New Zealand at the start of their summer last November. Totally planned of course, I could have moved earlier but I didn’t, mainly because I wanted to have the summer in the UK, which actually turned out to be a pretty good move given it turned out to be one of my best summers EVER and last winter in the UK sounded like something out of one of my nightmares. Of course it had to catch me up though, and I’m now in the NZ winter (official start date June 1st, a while left yet).

So how’s it going?

I’m not going to lie, it took a bit of getting used to. The first week I started my new job back in April the wind and rain was shocking, it was COLD AS and I struggled to get warm and sat shivering away in the office wondering when I got so soft and hoping my new workmates wouldn’t think I was a twat.

I took to wearing thermal tops under my jumpers and drinking lots of tea and wondering how the fuck I was going to get through another 3 months of this. I did actually question my life choices, which is pretty crazy but that’s how much it got to me. Especially as most houses in NZ don’t have central heating, or heating in bedrooms (yes you read that right, no heating). Or double glazing. I still don’t really get it, especially as it still freezes here but I have come to realise that “it’s not the same type of cold as the UK”. I’d been told that before I came over, but then the end of Autumn/beginning of Winter was so cold and crap I started to wonder if I’d been lured over on false pretences.

Recently though, winter has been back to ‘a proper Canterbury Winter’ according to pretty much everyone I know. This involves crisp frosts in the morning with pink sunrises and bright, blue sky sunny days of anywhere from 9 – 16 ish degrees. THAT is what makes it so different to the UK. Houses don’t feel quite so cold (although I have got a little fan heater in my room when I need to take the edge off) and during the day when the sun comes out it’s actually quite warm. I also think I’ve just got used to it. Reaclimatised, if you will.

It’s so damn lovely, because it’s just not gloomy. Instead it’s bright and sunny and gives you all the happy feels. Running, walking and cycling is all on the cards, all year round, without always having to wear a million layers or trudge through mud or have your face turned into an ice sculpture. If you’re into winter sports, it’s also pretty amazing because you can go skiing on some epic ski fields. Not that I’ve tried it yet. Maybe next year.

Don’t get me wrong, it still rains and it’s still fucking cold at the top of mountains (if you can even get to the top because of all the snow, so many places are out of bounds), the wind can cut through you like a knife and I still can’t wait for Spring and Summer but I’ll take this, thank you very much. 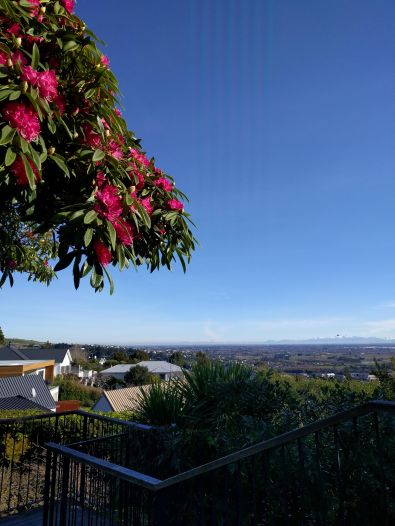 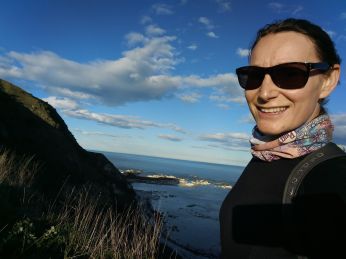