One of my GCSE subject choices was Business Studies. It sounded so grown up. I had no real idea what I wanted to do but figured it would probably come in handy in adult life in some way.

At the beginning of the year we were put in groups to sit together and that’s how we’d stay for the entire two years. I can’t remember exactly who was in our group now but I do know we had a lot of fun. I think Laura and Vic Makins, as well as a guy called Graham/Graeme who loved Gabba music. If anyone can remember, let me know, my aging brain would love the reminder.

Anyway, I digress. Our teacher was Mr ‘Ged’ Forster. Tall, dark and not remotely handsome to a bunch of 15 year olds (we had Mr Rowe for that eye candy), he managed to command the room when talking about incredibly dull business-y things and somehow make them slightly more interesting, or at least make our lessons fun.

He was a king of banter, in a non-innuendo, not-inappropriate way. As a bunch of teenagers at the age where underage drinking and smoking was more exciting than coursework and hormones were raging, he did well to keep us in check.

We had double Business Studies on a Friday afternoon, where most of the conversation revolved around who was going to the Town Hall that evening, what they were wearing and who they wanted to get off with.

I’m pretty sure we then had our other double lesson on a Monday, when the conversation would be all about what had actually happened at the Town Hall the previous Friday. Spoiler: generally not what anyone had planned

We’d know how much we could get away with because much to our delight he’d give us a little leeway, meaning we’d be able to dissect the Town Hall shenanigans appropriately before having to settle down and do some work, and not be distracted because we’d not had a chance to discuss who’d been seen with who in a dark corner somewhere. Clever chap. I absolutely LOVED those classes, both for the fun and the work, and pretty sure I regularly told Mr Forster so.

He’d take an actual interest in us kids, and what we wanted to go on to do, and I remember him encouraging me to follow something in Business, even though I still didn’t really know what I wanted to do. At an open evening for a Business course at the local college who should turn up but Mr Forster. I was half embarrassed, half massively appreciative that he was there. I’m not sure whether he was checking it out for his own teaching, or wanted to see that college instead of staying on for Sixth Form would have given me what I was after, but in any instance I acknowledged the guidance. Not that I ever followed it, choosing to go off into the world of work instead of either college or sixth form, but hey, the thought was there.

Mr Forster (I still can’t call him Ged) was also a runner, and was forever trying to get me to join his Friday Lunchtime Running club. I regularly told him to sod off, there was no way I was running. How DULL. At that age, I’d much rather spend my lunchtimes eating chocolate and wandering round the school hoping to get a glimpse of Martin Clarke. Mr Forster also wore navy blue leggings with a red stripe down them and we were mortified – there was NO way we’d be seen out with a man wearing LEGGINGS. Oh the shame.

How ironically funny then, when, only a few years ago I bump into him (Mr F, not Martin, although that also happened too, different time) at the Market Rasen 10km.

But, Mr Forster being Mr Forster, was wonderfully humble about it and didn’t give me any crap. Rather we had a brief chit chat catch up, while I tried to work out whether the navy blue leggings with a red stripe that he was wearing were the same pair from 15 years before.

A quick internet search tells me he retired from QEGS this year, having given 31 years of his life to that school, loved by generations. I don’t know anyone that doesn’t speak fondly of the Gedmeister. I’ll be very disappointed if he isn’t spending his retirement running round the streets of Lincolnshire (or the world) in his navy blue leggings with the red stripe. 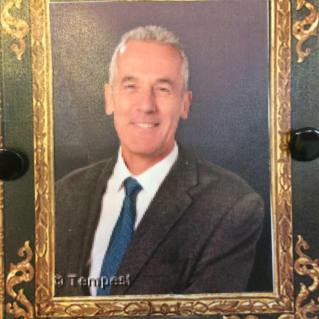