Christmas Day afternoon, circa 1989 ish. The family were playing Monopoly and I’m pretty sure my brother was cheating. I remember something around him hiding money and property cards behind something on the table and just generally being a bit of an annoying dick.

I was tired; lethal for a child. I was getting more and more wound up, he knew this, deliberately pushing my buttons in that way that only a sibling knows how. I can’t remember exactly what straw it was that broke the camel’s back, but I stood up, grabbed the board and threw it all in the air in an almighty strop, houses, hotels and silver playing pieces flying everywhere. I promptly stomped off and fell asleep behind the sofa.

He was a SHIT sometimes. We’d scrap and like each other in equal amounts, he’d give me a battering and not let me play with his friends but was secretly nice to me and would let me play on his games console. I was also a shit; I’d punch and kick back as hard as I could, and I’d blame him for stuff that I’d done because I knew my parents would side with me because I was the youngest.

Our relationship as teenagers was better; we’d conspire together to smoke cigarettes in secret, play Mario Kart for hours and I’d cook him dinner when we were left home alone for the weekend.

As adults we get along great. He’s no longer a shit. He’s hard working, dependable, reliable and helpful. Not just to me, but to everyone.

When I was married, my ex-husband and I would regularly hang out with Matthew and my sister-in-law Tanya. We did LOADS together, including days out, lazy Sundays and holidays both the the UK and abroad. We had such fun, laughed until our sides split, had in jokes coming out of our ears.

I miss that. I miss the laughing until you cry, I miss the close relationships we all had and the fun times. I miss that time with Matt and Tanya. When you get divorced, it’s not just the couple that’s affected, it’s your whole community. Families and friends, even colleagues. I never really realised that at the time, I didn’t have enough space in my brain back then to take on anything for anyone else.

If asked, Matt is one of those people who would do anything for anyone, and is quite protective of me (not that he’d admit).

I was still living with my ex-husband after we separated (we did that for 3 months – wouldn’t recommend) which was, shall we say, a turbulent time. I never knew what I was going home to each night. Sometimes it was like nothing had happened and we’d eat dinner together and chit chat about our day, other times he’d be shouting in my face and blaming me for everything going wrong in his life.

One Wednesday night – or was it Thursday? – I was off to watch a comedian with my friend Laura. The ex-husband didn’t like this. Didn’t want me to go. I was starting to build a life without him and he didn’t like it; couldn’t control it. But he couldn’t tell me not to go, of course. Tried to. Didn’t work. So he started yelling about hurting himself. That if I left, it would be my fault. That it was all my fault. Everything was always my fault. I’d had enough. I figured I knew him well enough that it was an empty threat, a way to try and control me. Still, I didn’t want to just leave. I went and hid all the tablets we had in the house – just in case – and I rang Matthew. I didn’t tell him the full story, just asked him to come over. That I was going out, that the ex was a bit upset and could he come and hang out and just make sure he was OK.

Matt was a bit bewildered, and caught a little off guard. This kind of thing didn’t usually happen in our quite calm-no drama-steady family. But he didn’t question it, didn’t protest, just got in his car and did what I asked. 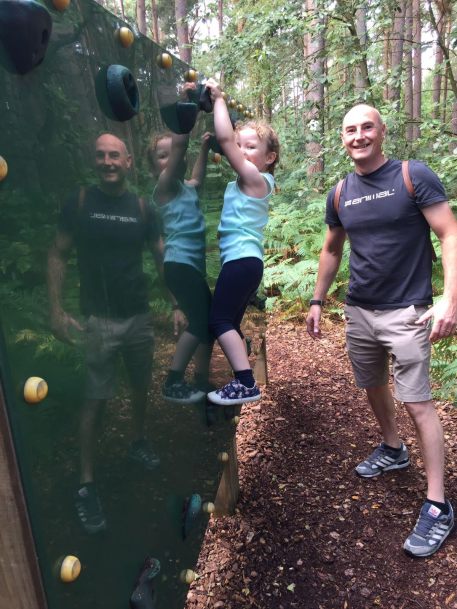