I came back from a few weeks abroad and Sian had made a new best friend. I vaguely recognised Gemma from BMF sessions but Sian had brought her into the fold. I’m not quite sure whether Gemma had a choice about being in said fold.

The first Saturday I was back, I went to BMF and afterwards DD was on at me to go for post-BMF cocktails (which we sometimes did). Given that DD & I had celebrated me being back in the country with much prosecco and pyjama dancing in Sup n Chow the night before, I thought he was being a bit keen.

But, not wanting to have FOMO, I found myself heading towards Gemma’s house with her, DD, and Sian. There was some kind of arrangement between Sian and Gemma that I never quite got to the bottom of (something to do with clothes/a shower/something else) and while Sian was having a shower upstairs Gem got her liquor collection out. It’s not even lunchtime and we’re sat, still in muddy BMF kit, deciding which hard spirit to have a sip of. I kind of felt like a school kid who’s bunked out of school to go do something they’re not supposed to do.

In between sips, we started to get to know Gemma. Seriously wicked and dry sense of humour, no bullshit, straight talking, funny as hell.

She became part of the crowd, and her and Sian were inseparable, which we all loved. We’d all glance at each other with knowing looks and eyebrow wiggles; Gemma would roll her eyes, Sian would be all goofy.

The last few months I was in Cheltenham, Gemma lived in the building next door. I could see her flat from my window, and often we’d have conversations when she was stood on the balcony and I was hanging out my window, and sometimes we’d leave stuff for each other in the cupboard in her building stairwell.

I mainly remember Gemma though being put forward for many things she had no idea about.

“Of course me and Gemma will be doing X, Y or Z (canyoning, climbing stuff or pretty much anything else).”

“Does Gemma know about this?”

Sometimes the experiences were, shall we say, somewhat mis-sold.

“I thought you said this was just a short walk Sian…..”

Despite that, Gemma will give everything a bloody good go while being a epic sport. There is nothing this girl won’t try, achieve and succeed. She might moan like hell while doing it, will tell Sian off and swear like a trooper, but by jove she’ll be damned if she won’t finish it.

And if she’s not doing it, she’s on the sidelines cheering the loudest, driving the miles or bringing the tea and support crew. She’s the one who puts Sian in her pocket and protects her from the world, and we love her for it, and we’ve all sure as hell got her back while she does it. 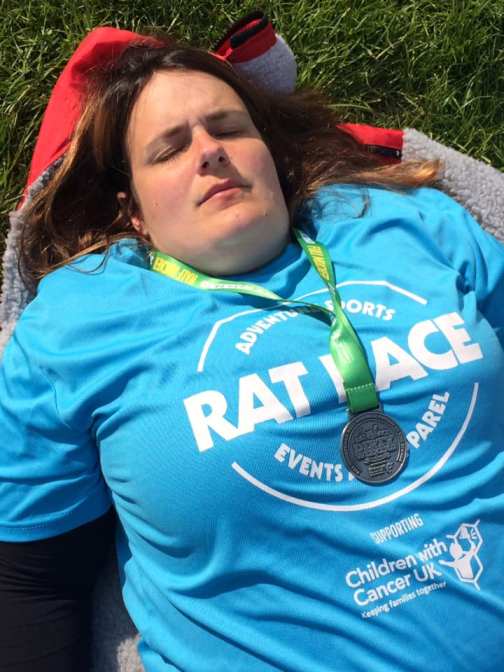