Andy and I clicked the first time we met. Well, we must have done, as we met on a Saturday and didn’t stop talking for days, in a field somewhere in Surrey in October 2015.

He was so interested in me, my life and my thoughts. When someone is so genuinely, actually interested in the very things that make up you, it’s wonderful.

We met in England, but he’s a kiwi (seemingly I have a soft spot for/natural gravitation towards kiwis). He’d told me he was at a bit of a crossroads in his life; he was trying to figure out purpose and meaning. Spending the year prior to when we met doing various stints of overseas travel and expeditions but finding he wasn’t much the wiser, he was still exploring.

He’s open, chatty, inquisitive and friendly. We got to know each other a bit more but he lived in London and I in Cheltenham so it wasn’t like it was that easy to have a normal friendship. He seemed to drop off contact. I’d message, and he wouldn’t. Or it would be a while. Or not at all. Then I’d be busy. I’d swing between thinking it was just one of those things, to wondering if the new found-friendship wasn’t really that important to him and feeling a little disappointed and hurt.

What I didn’t realise – until much later – is just how hard his mental health was making day to day life for him. While I was thinking inwards about how his lack of contact and what our new friendship might mean (or not) to him, he was battling depression and feeling lost.

So we settled into an acquaintanceship, the odd message here and there and keeping up to date by looking at Facebook, but both of us going about our separate lives. I knew that he was planning on moving to Cheltenham and I put him in touch with some people I knew there but didn’t ever get a chance to catch up as I’d moved away.

In November 2017 Andy was diagnosed with bipolar disorder.

Having moved to New Zealand, my life was occupied. Andy sometimes deactivated his account on Facebook, and so I actually didn’t know until just this year, when I saw some posts on his blog.

He first talks about learning to live with bipolar, and then writes again two years after his diagnosis. In this second post he shares his story of a severe manic episode and the recovery afterwards, hoping it will be useful for other sufferers of bipolar and for psychiatrists and therapists to understand fully what goes through the mind of a person in psychosis.

These posts are personal, open, honest and courageous. We can all learn from each other in life, sharing our stories, feelings and experiences. Mental illness is something we all could do with knowing more about, and I’m grateful for Andy for these insights into what it’s like living with bipolar. 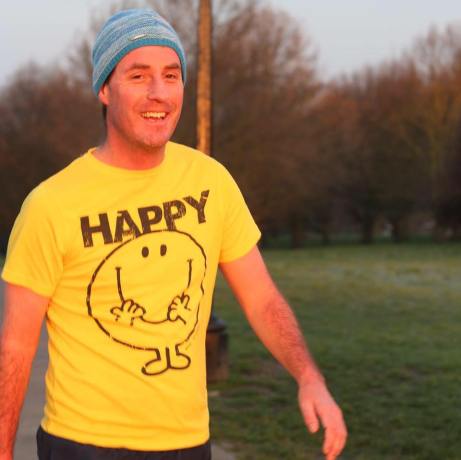 Note: Andy has given his permission for me to write this and to post links to his blog to share his experiences.